Russia may send spacecraft to knock away asteroid 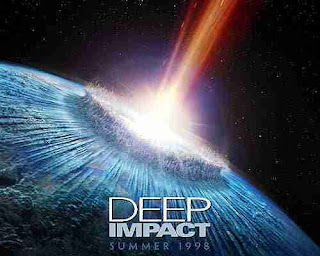 MOSCOW – Russia's space agency chief said Wednesday a spacecraft may be dispatched to knock a large asteroid off course and reduce the chances of earth impact, even though U.S. scientists say such a scenario is unlikely.

Anatoly Perminov told Golos Rossii radio the space agency would hold a meeting soon to assess a mission to Apophis. He said his agency might eventually invite NASA, the European Space Agency, the Chinese space agency and others to join the project.

Further studies have ruled out the possibility of an impact in 2029, when the asteroid is expected to come no closer than 18,300 miles (29,450 kilometers) from Earth's surface, but they indicated a small possibility of a hit on subsequent encounters.

NASA had put the chances that Apophis could hit Earth in 2036 as 1-in-45,000. In October, after researchers recalculated the asteroid's path, the agency changed its estimate to 1-in-250,000.

NASA said another close encounter in 2068 will involve a 1-in-330,000 chance of impact.
Don Yeomans, who heads NASA's Near-Earth Object Program, said better calculations of Apophis' path in several years "will almost certainly remove any possibility of an Earth collision" in 2036.

"While Apophis is almost certainly not a problem, I am encouraged that the Russian science community is willing to study the various deflection options that would be available in the event of a future Earth threatening encounter by an asteroid," Yeomans said in an e-mail Wednesday.
Without mentioning NASA's conclusions, Perminov said that he heard from a scientist that Apophis is getting closer and may hit the planet. "I don't remember exactly, but it seems to me it could hit the Earth by 2032," Perminov said.

"People's lives are at stake. We should pay several hundred million dollars and build a system that would allow us to prevent a collision, rather than sit and wait for it to happen and kill hundreds of thousands of people," Perminov said.

Scientists have long theorized about asteroid deflection strategies. Some have proposed sending a probe to circle around a dangerous asteroid to gradually change its trajectory. Others suggested sending a spacecraft to collide with the asteroid and alter its momentum, or hitting it with nuclear weapons.

Perminov wouldn't disclose any details of the project, saying they still need to be worked out. But he said the mission wouldn't require any nuclear explosions.

Hollywood action films "Deep Impact" and "Armageddon," have featured space missions scrambling to avoid catastrophic collisions. In both movies, space crews use nuclear bombs in an attempt to prevent collisions.

"Calculations show that it's possible to create a special purpose spacecraft within the time we have, which would help avoid the collision," Perminov said. "The threat of collision can be averted."

Boris Shustov, the director of the Institute of Astronomy under the Russian Academy of Sciences, hailed Perminov's statement as a signal that officials had come to recognize the danger posed by asteroids.

"Apophis is just a symbolic example, there are many other dangerous objects we know little about," he said, according to RIA Novosti news agency. 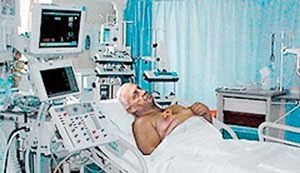 Email ThisBlogThis!Share to TwitterShare to FacebookShare to Pinterest
Labels: Balasan 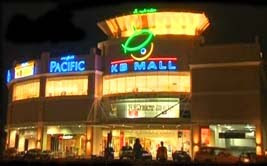 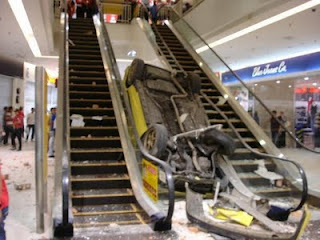 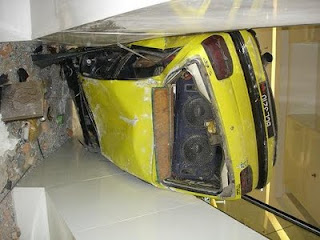 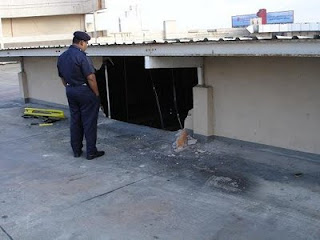 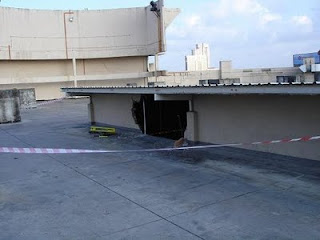 KOTA BARU:Two shoppers were killed after a driver lost control of her car on an upstairs open air parking of a mall, slamming the vehicle into a retaining wall before plunging down three stories.
Another shopper was seriously injured in the freak accident that occurred at 4.45pm when the mall in Jalan Hamzah was packed with weekend patrons.
Nurain Said, who was in the car when it plunged down, miraculously survived the 54-metre fall.
The dead have been identified as trainee nurses Siti Nuramira Shamsuddin, 19, and Siti Nurdiana Azman, 18, from a local college, both of whom died on the spot after being hit by falling debris.
Both Rashidah Ahmad Latif, 18, and Nurain have been admitted to the Raja Perempuan Zainab II Hospital with head injuries.
District OCPD ACP Zahruddin Abdullah said the original driver of the car - identified only as Sabri - had earlier gotten out of the car, which had stalled at the parking area.
He said Sabri then told his 17-year-old sister Nurain to get behind the wheel while he pushed the car in an attempt to jumpstart the engine.
ACP Zahruddin said while Sabri was pushing the car, the engine suddenly came to life, causing the car to lunge forward and smash into the retaining wall, which also served as the building’s ventilation airway.
He said Siti Nuramira, who was on the second floor of the building, and Siti Nurdiana, standing on the ground close to the escalator, could have died after being crushed by concrete debris.
“We are looking for Sabri and another woman identified as Nurul Atikah to assist police in their investigations for reckless driving,” he said.
A witness Hazura Ariffin, 25, said she heard a loud bang that shook the building.“I thought it was an earthquake at first. I was shocked to see the wrecked car lying in the middle of the mall between the escalators,” she said.
Police had since cordoned off the building and advised all patrons to vacate the building to avoid further casualties.
Crowds waiting outside the mall attracted the curiousity of motorists, causing serious traffic jam along the road. Traffic only resumed to normal two hours later.
Source: http://thestar.com.my/news/story.asp?file=/2009/12/6/nation/20091206203335&sec=nation
Posted by azam at 12:01 AM 4 comments: 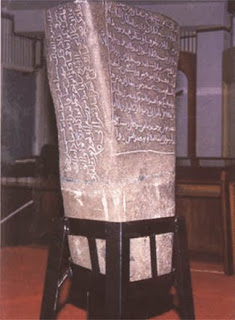 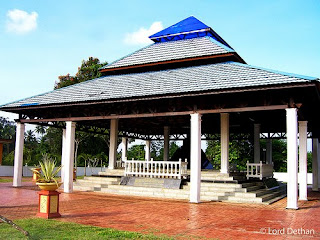 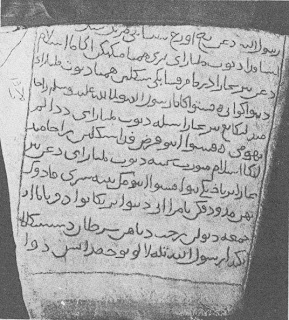