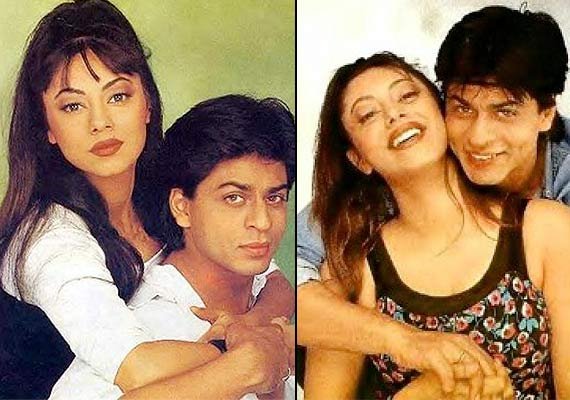 New Delhi: Shah Rukh Khan and Gauri make a true fairy tale couple.
A one such couple whom we have seen going steady in all the ups and down, Shah Rukh Khan and wife Gauri stand tall at par with every benchmark that ‘Love’ has ever set.
A perfect couple drooling in all the luxuries of life today, both SRK and Gauri enjoy the status of being one of the most influential married couples of all times in India. While their journey has never been so easy, they are proud parents today and cherish each moment they have spent together.
Even while SRK is no less than the cinematic God to his fans, he considers and credits his wife Gauri for being his support system throughout his life. Needless to mention that Gauri has stood tough during all the highs and low her family has faced and together with SRK, she today represents an inspiring Indian woman too.
As Gauri Khan turns 44, here follows a few rare facts about the couple and their journey from two young love-birds to Mr. and Mrs. Shah Rukh Khan!

Gauri Khan born to a Hindu family in Delhi fell in love with Shah Rukh Khan and got married to him after a lot of hue and cry around their alliance. The man had the lovable support of his wife much before he stepped into Bollywood and made it big here.

The lady who is graduated from Lady Sri Ram College of Delhi University is also one of the most stylish women of the industry. She is a director, film producer and an interior designer.

She is also the co-founder of Shah Rukh’s Red Chillies Entertainment and has produced films like Main Hoon Na, Om Shanti Om, My Name Is Khan, Ra.One and Chennai Express.

Shah Rukh and Gauri personally decorated each and every nook and corner of their bungalow 'Mannat'. Together they wanted to have the largest room in their bungalow for prayer co-exiting religious entities of all religions.
Ever since the birth of their kids, SRK and Gauri have taught them to admire the co-existence of Allah and Ganpati. But both Aryan and Suhana loved Christmas as to them it meant receiving gifts at midnight.

During SRK's neck injury Gauri found Aryan offering an Islamic prayer in a temple for the better health of his father.
Gauri and kids love ice-creams while SRK hates to admit that this is the only thing which differs him from his wife and kids.

Shah Rukh and Gauri together once said that no matter if they go broke they would never ever sell 'Mannat'.
SRK likes to be controlled and managed by Gauri and he thinks she knows him the best in this world. Even their daughter Suhana sometimes imitates Gauri when latter is not around. SRK likes when Suhana when shouts at him in Gauri's voice and commands, "Shah Rukh, eat your food".

http://www.indiatvnews.com/entertainment/bollywood/gauri-shah-rukh-khan-rare-images--17494.html
Posted by azam at 9:22 AM