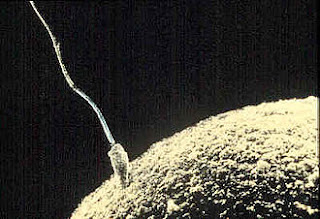 The reproductive system or genital system is a system of organs within an organism which work together for the purpose of reproduction. Many non-living substances such as fluids, hormones, and pheromones are also important accessories to the reproductive system. Unlike most organ systems, the sexes of differentiated species often have significant differences. These differences allow for a combination of genetic material between two individuals, which allows for the possibility of greater genetic fitness of the offspring.
The major organs of the human reproductive system include the external genitalia (penis and vulva) as well as a number of internal organs including the gamete producing gonads (testicles and ovaries). Diseases of the human reproductive system are very common and widespread, particularly communicable sexually transmitted diseases.
Most other vertebrate animals have generally similar reproductive systems consisting of gonads, ducts, and openings. However, there is a great diversity of physical adaptations as well as reproductive strategies in every group of vertebrates.
Human reproduction takes place as internal fertilization by sexual intercourse. During this process, the erect penis of the male is inserted into the the female's vagina until the male ejaculates semen, which contains sperm, into the female's vagina. The sperm then travels through the vagina and cervix into the uterus or fallopian tubes for fertilization of the ovum. Upon successful fertilization and implantation, gestation of the foetus then occurs within the female's uterus for approximately nine months, this process is known as pregnancy in humans.
Gestation ends with birth, the process of birth is known as labor. Labor consists of the muscles of the uterus contracting, the cervix dilating, and the baby passing out the vagina. Human's babies and children are nearly helpless and require high levels of parental care for many years. One important type of parental care is the use of the mammary glands in the female breasts to nurse the baby.
Humans have a high level of sexual differentiation. In addition to differences in nearly every reproductive organ, numerous differences typically occur in secondary sexual characteristics.
http://en.wikipedia.org/wiki/Reproductive_system 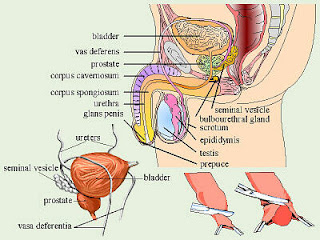 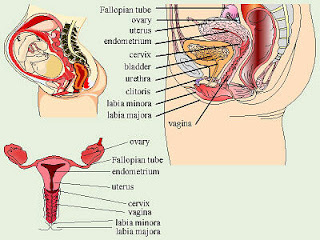 Email ThisBlogThis!Share to TwitterShare to FacebookShare to Pinterest
Labels: read and learn